Adam Ramsay is Co-Editor of openDemocracyUK and works for Bright Green Scotland. He is a Green Party activist, and has been involved in campaigns such as UK Uncut, No Shock Doctrine, False Economy, and UK Feminista.

Greece: the first Green government in Europe?
By Adam Ramsay

There is a remarkable extent to which Syriza is in practice a Green government. First, the Greek Green Party is a part of the Syriza coalition – they got one MP elected, who was promptly promoted to deputy environment minister. Secondly, they adopted the entire Green platform: look through the policy commitments of Tsipras’ government and the manifestoes of the Green parties in the UK, and you’ll find little to separate them.

EN
Read more
Who will decide the Scottish referendum? The dispossessed
By Adam Ramsay

The Yes campaign in Scotland – which includes Greens and progressives of all parties and none – has inspired a vast swathe of the country that has been ignored by the neoliberal parties. If this demographic turns out to vote on the 18th of September, it could determine the result…

As the global population climbs ever higher, is there an argument to be made that combating climate change and many other environmental problems require taking steps to limit this growth? This thinking blames the victim and can even be anti-women. 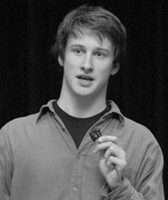