Adam Tooze is a British historian, Professor at Columbia University and Director of the European Institute. After graduating with a B.A. degree in economics from King’s College, Cambridge in 1989, Tooze studied in Berlin before moving to the London School of Economics for a doctorate in economic history. He is best known for his economic studies of Europe in the 20th century. He widened his scope to study the financial crash of 2008 and its consequences with Crashed: How a Decade of Financial Crises Changed the World. Toozes recently published Shutdown: How Covid Shook the World’s Economy which is his fourth book.

“We should approach this transition as an opportunity”: An interview with Adam Tooze
By Adam Tooze, Senna Maatoug

Adam Tooze’s Shutdown: How Covid Shook the World's Economy sets out to understand the pandemic and its economic, social and political effects. 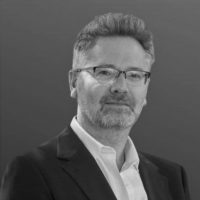