Agnieszka Graff is a professor at the American Studies Center, University of Warsaw and a feminist activist and scholar. She is co-founder of the 8th March Women’s Alliance, and a member of the Congress of Women Association. Her work discusses public discourse on gender, women’s reproductive rights and the rights of sexual minorities in the context of Poland’s EU accession and nationalist revival.  She is author of “World without women” (2001, Marginesy), “Ricochet” (2008, W.A.B.), “Feminist mother” (2014, Krytyki Politycznej), “Memes and Graffs. Gender, money and sex” (2015, Krytyki Politycznej) and “Who’s Afraid of Gender?” (2022, Krytyki Politycznej).

What Overturning Roe v Wade Means for the USA and Beyond
By Agnieszka Graff, Paulina Januszewska

Reversing the 1973 precedent for abortion rights isn’t a return, but a rupture for American society and beyond.

In Poland the incumbent right-wing Law and Justice party, backed by the Catholic Church, demonised LGBT organisations in its recent successful electoral campaign. Adam Ostolski spoke to feminist activist and scholar Agnieszka Graff about why gender politics have become central to Polish politics, taking a step back to analyse how the Right’s scapegoating of gender is a response to the same set of social issues that the Left attributes to neoliberalism. 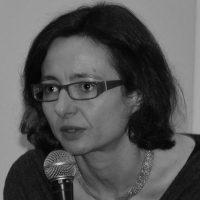