Anna Litvinenko is a researcher at the “Digitalization and Participation” department of the Institute for Media and Communication Studies at Berlin’s Freie Universität (FU). From 2015 to 2020, she was a member of the Emmy Noether Junior Research Group “Mediating (Semi)Authoritarianism – The Power of the Internet in the Post-Soviet World” at FU Berlin. After receiving her PhD in 2007 in Russia, she worked as an associate professor at the Department of International Journalism of Saint Petersburg University (SPbU) and as the head of its German-Russian Centre of Journalism. She has been a practicing journalist since 1996 and has received several journalism awards.

Reporting Against the Odds: The Struggle to Keep Russia’s Independent Journalism Alive
By Anna Litvinenko 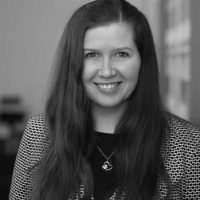