Transatlantic Relations: Germany, Europe, and the US
By Bastian Hermisson

How will the Trump administration's policies influence EU defense, integration and upcoming elections, notably in Germany?

From the European elections of last month, a number of overarching trends can be identified among voters’ choices and behaviour. Although voting patterns varied between countries, a number of broad conclusions can be drawn which give some indication of the form the next Parliament is likely to take, and some of the key challenges it will face. 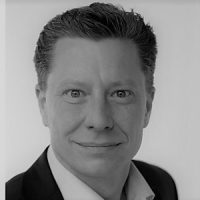