Benedek Jávor is a Hungarian Member of the Greens/EFA group in the European Parliament for Párbeszéd Magyarországért (Dialogue for Hungary), and was a founding member of the environmental NGO Védegylet (Protect the Future!).

Budapest Is Using Diplomacy to Fight for Democracy
By Benedek Jávor

Between Brexit and the rise of illiberal democracies the pressure to reorient the European project has never been more intense.

The aftermath of the Ukrainian crisis, the Russian military intervention and the undeclared war in eastern Ukraine.

The aftermath of the Ukrainian crisis, the Russian military intervention and the undeclared war in eastern Ukraine brought about a crucial change in the EU’s foreign affairs. The new understanding of a conflict-oriented and imperial rationality based attitude of the Russian leadership caused a substantial shift in the EU’s Russia-politics – and raises security questions not only at European level but also at the global scale.

EN
Read more
How to Sell a Country? Some Thoughts on Putin’s visit to Hungary
By Benedek Jávor

Viktor Orbán’s evolving relations with the oligarchs both in Hungary and the wider region are having serious effects on Hungary’s energy strategy. Now, Putin is in town for meetings that will no doubt result in a new contract for the supply of gas, a development which will be to the benefit of a minority and to the detriment of most of the population, and which could also lead to tensions arising with the EU.

In order for green ideas on energy to resonate in the mainstream, questions need to be answered about how the transition will be financed, and how it will benefit those are already marginalised and struggling economically. A positive initiative targeting the Roma minority in Hungary shows one way in which this can be achieved. 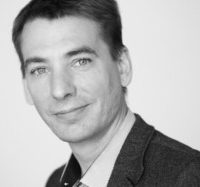