Delfina Rossi studied economics in Barcelona and Florence. She is formerly co-spokesperson of the Federation of Young European Greens (2010-2011) and currently works in the European Parliament for Green MEP Raül Romeva.

Who has the Power? The ECB Role in the Euro-Crisis
By Delfina Rossi

The 2007 financial crisis evidenced the weaknesses of the Eurozone. Since then, European policymakers have tried to save the euro and the European financial market. As consequence of the economic and political instability of the last years the European Central Bank has de facto gained more power vis-à-vis the other European Institutions and political actors. Today the ECB is fundamental for determining Member States’ economic policies in all areas, not only monetary policy.

What use is the EU’s “free movement of people” if it is a right that only the elite can avail of? And how ‘free’ is it if the economic crisis is forcing young people to leave their country in search of work?

This article aims to analyse the consequences of the structural reforms and expenditure cuts in Spain. It starts from a theoretical debate of why are these measures taken, continues with the details on the reforms and discussing whether Spain is going to achieve the EU deficit objectives, and finishes proposing a change in the approach at Spanish and EU level. 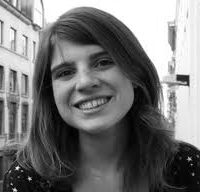