Etienne Balibar is Professor emeritus (philosophy) at the Paris West University. He has published “We, the citizens of Europe? Borders, the state, the people’, la Découverte, 2001.

Borderland Europe and the Challenge of Migration
By Etienne Balibar

Confronted with the obscene images that have been reaching us ever since the influx of refugees entered new dimensions in the summer 2015, we may wonder: why is it that Germany behaves with much more dignity and efficiency than France, let alone the UK or Hungary?

Europe is dead. Or is it long live Europe? There are those who believe the threat of paralysis and dissolution remains, and those who optimistically seize any small positive sign as a reason to announce (yet again) that Europe’s crises can serve as a springboard.

This brave critique of the ‘new German nationalism’ is welcome. But there are two mains weaknesses in the position of Habermas and his colleagues: the crisis does not allow us to re-start from the beginnings of the European Union. What the European democracy needs is a real tax revolution, a kind of New Deal or a Marshall Plan, something like a social movement and maybe a step aside from the structures that were designed to exclude it. 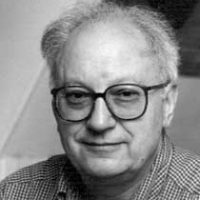