Josiah Mortimer is a freelance journalist, and contributing editor for the website Left Foot Forward. He is also a senior correspondent for Bright Green and tweets as @josiahmortimer.

There are now just a few months to go until Brits vote on whether to stay in or leave the EU, yet all the signs are that the hard facts of the debate are not becoming clear enough to the public.

EN
Read more
The Green surge in the UK – what’s behind it, and where next?
By Josiah Mortimer

Something exciting is bubbling under the surface of British politics. The party system is breaking apart – ironically with the help of the enemy of the left, UKIP. People are becoming active in party politics again – particularly the Greens. 2014 was a good year for the party in the UK. So what will 2015 bring?

EN
Read more
To deal with the climate crisis, everything must change
By Josiah Mortimer

The European Trade Union Institute recent conference on ‘The Socio-Ecological Transition: A New Climate for the EU’s Sustainability Transition’ laid bare the need for radical change to deal with the climate crisis. And if battling climate change requires making our societies less superficial, less focused on expansion and instead more focused on equality, then that’s something we can all fight for.

Despite the lack of a proportional electoral system, Britain is now a multi-party country, with the Greens becoming a powerful force. Yet the major media organisations are planning to exclude the Green Party of England and Wales from next year’s televised election debates for the General Election. It’s a dangerous situation for democracy in the UK, with over a million Green voters marginalised…

‘Neither left nor right, but forward’ has been a semi-official motto of many Green Parties across Europe since their inception in the 1960s and ‘70s. But as the Green Party of England & Wales’ (GPEW) Autumn Conference drew to a close this weekend, the party appears to be maintaining or indeed continuing its leftward drive. The implications could be interesting both for Britain and for Green Parties elsewhere. 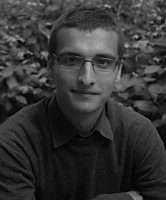