Julija Sardelic is a Postdoctoral Researcher at the School of of Law and Social Justice, University of Liverpool. Her research encompasses broader themes of citizenship and migration, but she particularly focuses on the legal status of marginalised and vulnerable minorities in Europe (such as Romani minorities, refugees, legally invisible and stateless persons). As a Postdoctoral Researcher at the School of Law and Social Justice she is conducting a socio-legal analysis on the impact of the ‘refugee crisis’ on understandings of multiculturalism and diversity in Europe. She is particularly interested in how the legal and political discourses are transforming due to the refugee crisis as well as what effect it has on other marginalised minorities (Romani minorities, people formerly with refugee status, other rejected asylum seekers in the EU) and vulnerable groups (such as refugee and migrant children).

The Western Balkan Route: A New Form of Forced Migration Governance in Europe?
By Julija Sardelic

Central European countries in 2015 allowed refugees to pass through into the EU. Why did it stop & what is the situation now? 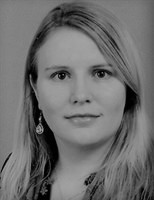