Kathrin Glastra is head of office to MEP Reinhard Bütikofer. From 2013 until 2017, she set-up and directed the European Energy Transition Programme of the Heinrich-Böll-Stiftung in Brussels. Before that, Kathrin has worked in a consultancy on industry, trade and environmental issues. She has studied Political Science, Public Law and Spanish in Münster and Aix-en-Provence as well as Advanced European Studies at the College of Europe in Bruges (2002-2003).

In Good Company: The German Energy Transition and its Echo in France
By Andreas Rüdinger, Kathrin Glastra 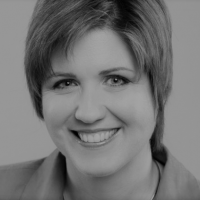