Krzystof Czyżewski is a writer, philosopher, and theatre director. He is co-founder and president of the Borderland Foundation (1990) and director of the Centre “Borderland of Arts, Cultures and Nations” in Sejny. He is a visiting professor of Rutgers University and University of Bologna. Among his books of poetry and essays are: The Path of the Borderland (2001), Line of Return (2008), Trust & Identity: A Handbook of Dialog (2011), Miłosz – Dialog – Borderland (2013) and Miłosz. A Connective Tissue (2014).

The Border Stone
By Krzysztof Czyżewski

A poem by Krzysztof Czyżewski. 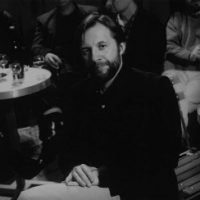