Les Levidow helped to set up the Campaign Against Criminalising Communities (CAMPACC), initially to oppose the UK’s Terrorism Act 2000 and later all subsequent anti-terror legislation.  Previously he was involved in related campaigns, e.g. against the Prevention of Terrorism Act 1974, the Italy ’79 Committee, and the Free Samar and Jawad Campaign (Palestinian political prisoners in the UK).  He also has opposed the Israeli Occupation through various UK campaigns, e.g. the 1980s campaign against the Israeli Law of Return, Jews for Boycotting Israel Goods (J-BIG), the British Committee for the Universities of Palestine (BRICUP) and most recently, Free Speech on Israel.  He is author of numerous articles on those issues, e.g. Israeli enclosures of Palestine (1990), UK securitisation (2014) and UK counter-extremism strategy (2017).

The UK's counter-terrorism measures include the controversial Prevent strategy - why has it come under fire? 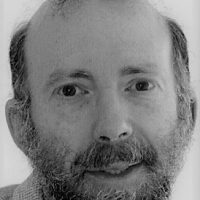