Nuala Ahern is a former Green MEP from Ireland and currently serves as Chair of the Green Foundation Ireland.

The European Elections, held in tandem with local elections, proved to be a turning point for the Irish Greens. It was a real comeback at local level, particularly in Dublin, and came desperately close to electing an MEP. Green Foundation Ireland (GFI) has played a real part in this recovery.

A Federal Europe cannot come about solely through disparaging national identity. Rather, a Federal Europe needs to be built based around concepts that are understandable to citizens: democratic accountability, transparency and a refrain from simple centralisation. 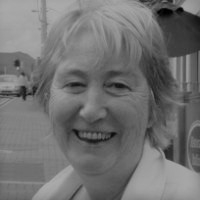