Paul Brown is a former environment correspondent for The Guardian newspaper. He has written 10 books − eight on environmental subjects, including four for children − and written scripts for television documentaries. He regularly trains journalists by running workshops and has now conducted more than 40 workshops in 20 countries. He is co-editor of Climate News Network.

Talking Climate: The Path to COP26
By Paul Brown

How media coverage of climate issues can shape the outcomes of negotiations. 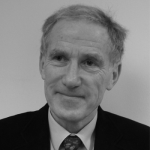