Pernille Tranberg is a consultant for companies and organisations on data ethics, and also a speaker on digital identity. She has written 6 books, including Fake It – guide to digital selfdefense (2012), which was published in four languages. She has given talks at SXSW and TEDxOxford and her resume includes titles such as: Special Consultant for the Danish Business Authority; Fellow at University of Southern Denmark; Advisor for Berlingske Media; Editor-in-chief TÆNK; and Reporter for Dagbladet Politiken. Www.digital-identitet.dk

The Free Space for Data Monopolies in Europe is Shrinking
By Gry Hasselbalch, Pernille Tranberg 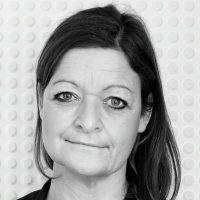