Like Jean-Charles de Borda, “capitaine et savant” to quote the statue in L’École Navale in Brest, Peter Emerson was initially a sailor, but only a lieutenant ; next, a volunteer maths/physics teacher in Nairobi ; then a founder of the NI GP in Belfast; and now the director of the de Borda Institute. A linguist, he has worked in other conflict zones, not least the Balkans and the Caucasus. In 2017, he gave a lecture entitled So, What is Democracy Anyway? at TedXVienna, and his latest work is Majority Voting as a Catalyst of Populism, (Springer, 2019). He is also the founder member of the Irish and NI Green Parties ; director of the de Borda Institute and author of Majority Voting as a Catalyst of Populism (Springer, Heidelberg).

Binary Politics Can Be Dangerous
By Peter Emerson

Green reflections on prospects for prosperity, peace and a brighter future after a visit to North Korea.

To what extent were the outcomes of the recent plebiscites held in the UK determined by the formulation of the question and the method of counting votes? If these are significant factors, this points to some puzzling quirks in the country’s voting system, as well as some far-reaching flaws in its democracy.

Today, democracy is too often based on short-term interests. Policies are therefore designed for that purpose – pre-election budgets for example – and the long term interests of the planet are given less priority. 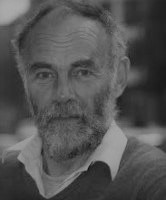