Philipp Ther is a professor of Central European History at the University of Vienna, where he also served as director of the Institute of East European History from 2014-2018. Previously he was a professor of comparative European history at the European University Institute in Florence. Among his English language books are Europe since 1989: A History(Princeton UP, 2016) and The Outsiders: Refugees in Europe since 1492 (Princeton UP, 2019).

Thirty years after Eastern European states began their transition out of socialism, the outcomes of the process are still contested. 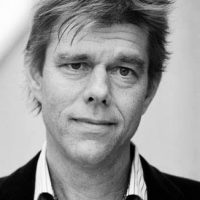