Pia Olsen Dyhr is a Danish politician who has been a member of the Folketing [National Parliament] for the Socialist People’s Party since the 2007 general elections. Dyhr has served as Minister for Trade and Investment and later Minister of Transport in the first Helle Thorning-Schmidt Cabinet. Following her party’s resignation from the cabinet, Dyhr was elected as chair of the Socialist People’s Party in 2014.

“Everything is Changing in Politics Right Now”: Green Politics in Denmark
By Pia Olsen Dyhr

We met with Pia Olsen, the leader of the Socialist People’s Party, to discuss the party’s growing support, climate policy, and Denmark’s relationship with Europe. 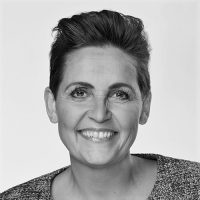