Pierre Defraigne is the Executive Director of the Brussels-based think tank Madariaga. He spent 35 years working at the highest levels of the European Commission, including two stints as Head of Cabinet for European Commissioners.

Choosing between Europe and TTIP
By Pierre Defraigne

For Americans, much more so than for Europeans, security trumps freedom. The NSA is beyond the control of the President and of Congress; and the US, in the role of the benevolent protector, imposes its own ethical standards onto its allies in order to extract both economic profits and strategic political information. These differences between the US and Europe do not call into question the continued viability of NATO, but they do, however, negate both the desirability and the feasibility of forming a “Transatlantic Internal Market”.

The financial crisis has lasted for five years and there is no end in sight. The excessive public and private debt and the overleveraged banks are a heavy burden on the real economy. They also worsen the unemployment problem by preventing stimulus and fuelling deflation. The debt problem must therefore be treated as a priority. 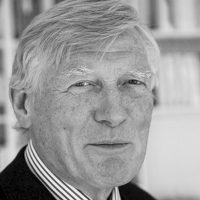