Richard Robert is the editor of Telos, a European think tank based in Paris. He started his career in 1995 as an assistant professor in University of Caen and University of Paris-IV Sorbonne. From 2002 to 2009 he was the chief editor of CFDT Cadres, a quarterly magazine published by a French labour union, and from 2012 to 2018 he was the executive director of Paris Innovation Review. His latest book, co-written with Elie Cohen, is La Valse européenne (Fayard: 2021).

The Return of the Brezhnev Doctrine
By Richard Robert

The worldview of Putin’s Russia reveals a long-standing disregard for the sovereignty and self-determination of its neighbours.

The Brexit vote has been interpreted by some as demonstrating a desire to take back sovereignty and control. Yet defining exactly what this missing sovereignty amounts to, and what its place in the world of today is, seems to persistently elude us. 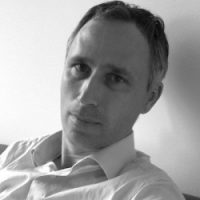