Rupert Read is a former Green Party of England and Wales councillor, spokesperson, MP-candidate, MEP-candidate. He is a Reader in philosophy at the University of East Anglia and chair of the Green House think tank. He Tweets: @GreenRupetRead.

The UK Greens did not adapt to wider political changes before the general election & their vote halfed. How can they regain their distinctive voice?

EN
Read more
#VoteNeither: How You Can Help BOTH Sides to Lose this Pointless Referendum…
By Rupert Read

What is the real choice UK voters are being called upon to make on June 23rd?

EN
Read more
What does Jeremy Corbyn’s election as Labour Leader mean for Greens, in Britain and across the EU?
By Rupert Read

The Labour Party leadership in the UK is over. Confounding the critics and the bookmakers (the odds for Corbyn to win were 100-1 when the campaign began!), the maverick left-winger Jeremy Corbyn has been elected as Labour’s leader, and by a thumping majority!

The debate around the referendum on Scottish independence has highlighted serious flaws in the current system of representation which many feel alienated from. Regardless of the outcome, the vote has presented an opportunity for far-reaching democratic reforms that would empower citizens.

Scotland has voted No in the referendum on independence, but the outcome was close, relative to expectations at the start of the campaign. The closeness of the vote, as well as the reasons cited by so many in Scotland for voting ‘Yes’, show that the ‘United Kingdom compact’ is no longer fit for purpose.

‘History never repeats itself. Man always does’ This well-known adage of Voltaire seems more relevant than ever. As the British nation seeks to ‘commemorate’ the centenary of the start of the First World War, it is important to be very aware of and where necessary critical of the methods and use of language by which our leaders are attempting to portray this crucial event. 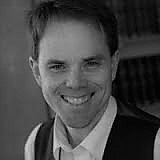