Stephanie Kelton is an American economist and academic, and a leading proponent of Modern Monetary Theory. She is a professor at Stony Brook University and a Senior Fellow at the Schwartz Center for Economic Policy Analysis at the New School for Social Research. She was named one of Politico’s 50 “thinkers, doers, and visionaries transforming American politics in 2016”. Kelton’s The Deficit Myth appeared on The New York Times bestseller list for nonfiction in June 2020.

Governments Can’t Run Out of Their Own Money
By Robbert Bodegraven, Stephanie Kelton 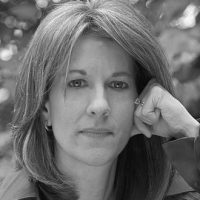