Tomas Tomilinas is a member of the Lithuanian Parliament, vice-chairman of the Lithuanian Peasants and Greens Union party. From 2014 to 2016 he worked as a senior assistant to the MEP Bronis Ropė (Greens/EFA). Elected to Parliament in 2016, he is a deputy in the Parliament Committee of social affairs.  Educated as political scientist, Tomas was a social activist based in Vilnius and worked on the party platform, as well as in different social and green think tanks. His fields of interest concern food sovereignty, local democracy, and social justice.

Navigating the Culture Wars on Europe’s Borders
By Tomas Tomilinas

We spoke with MP Tomas Tomilinas who explained the issues driving politics in Lithuania today.

An interview with Tomas Tomilinas, MP with the Lithuanian Peasant and Greens Union who gained a landslide victory last year. 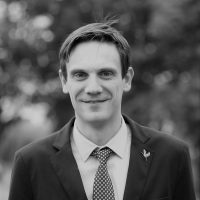