Climate and Energy
By Klaus Radunksy
All info
EN

Climate change includes major changes in temperature, precipitation, and of course many other effects that will occur over several decades or longer. Some changes of the climate are unavoidable; however, we can reduce the risks we will face and prepare for the changes that are already under way. Now, we must address how a possible Brexit might impact climate change and future climate negotiations at the national, European and global levels. Our decisions today will shape the world our children and grandchildren will live in.

At COP21 in December 2015, 195 countries adopted the first-ever universal, legally binding global climate deal. The agreement sets out a global action plan to put the world on track to avoid dangerous climate change by limiting global warming to well below 2°C. The Paris Agreement is a bridge between today’s policies and climate-neutrality before the end of the century. Before and during the Paris conference, countries submitted comprehensive national climate action plans (INDCs). These are not yet enough to keep global warming below 2°C, but the agreement paves the way to achieving this target. 147 Parties corresponding to 146 countries submitted 119 INDCs by first October 2015 (162 submissions by 23 April 2016). The INDC of the European Union and its 28 Member States is counted as one INDC representing 29 Parties/28 countries.

A historic meeting took place in New York on April 22, 2016, as 175 Parties (174 states and the European Union), signed the Paris Agreement on Climate Change at the headquarters of the United Nations (UN) in New York. Following this event at the UN headquarters, the period for signatures will remain open for one year, so that all parties can sign to validate the Paris Agreement and to ratify it. “The world now has an agreement on universal, equitable, flexible and durable climate,” Ban Ki-moon, the Secretary General of the UN, said. “Our task is not over. In fact, it’s just begun. In 2016, we must move from words to deeds. The signing ceremony this April 22 is an essential step.”

Some legal aspects in the context of the Brexit

Whether NDCs encapsulate commitments that are binding on government entities under domestic law is a matter of national and (in the case of the EU) supranational law. Parties, including regional economic integration organisations and their Member States, can act jointly but must notify the Secretariat of the emission levels allocated to each Party within the relevant time period when they communicate their NDCs (Article 4.16), with each Party ultimately responsible for its allocated emission levels (Article 4.17). In the case of joint action taken by the EU Member States, each Member State individually and the EU as a whole, as a Party to the Agreement, will be responsible for the allocated emission level (Article 4.18).

Article 4.19 calls on all Parties, including LDCs and SIDS (Article 4.6), to strive to formulate and communicate Low Emission Development Strategies (LEDS). The adopting decision calls for these LEDS to be submitted by 2020, and to include mid-century, long-term strategies, which will be published on the UNFCCC website (§35).

Assuming that the EU will ratify the Paris Agreement before a Brexit will become effective, the EU, and its Member States, including the United Kingdom, will have the legal commitment to jointly fulfill the obligations under the Paris Agreement as described in the INDC.

When it comes to the question of the impact of a Brexit on LEDS (be it of the EU or of the UK), it is important to understand that the Paris Agreement would not have been possible without achieving a bilateral agreement between the US and China on climate change. This is because the US and China are not only the most powerful countries worldwide but also the two main emitting countries, comprising more the 40% of global GHG emissions. If the EU (which contributes around 10% of global GHG emissions) wants to influence LEDS this influence would be greater the more relevant the EU is. But it is unlikely that a Brexit will make any significant difference on the outcome with respect to LEDS. This assessment would also be valid in relation to the impact on other future negotiations under the Paris Agreement, e.g. with respect to the many technical details that still need to be worked out.

The weakening of the EU might be partly compensated by the additional voice raised by the UK that would support positions of industrialised countries as it has usually been common practice that the EU under the UNFCCC spoke only with one voice.

In assessing the role of the UK in the past it is quite evident that the UK and its stakeholders have been very influential in informing the decisions at the EU level. An important example is the introduction of emissions trading. Before the EU-ETS was introduced at EU-level, the UK had established a domestic emissions trading scheme. And the introduction of that legislation could build on the experience of the trading scheme that BP (British Petroleum) had introduced to manage its GHG emissions at the organisational level globally. Most industries at that point in time preferred emissions trading compared to a carbon tax.

It would be worth going even a step further and looking towards the Intergovernmental Panel on Climate Change, thus recognising that the IPCC is the authorative source for scientific information for the UNFCCC; noting that other sources, such as international and Research and Systematic Observations (RSO), and organisations are also relevant.

Contrary to the UNFCCC in the IPCC, the Member States participate at their own discretion and the European Union has only an observer status. All Member States are included in the same geographical zone (WMO region VI, Europe, comprising 52 countries). The UK and its scientific organisations (such as the Hadley Center and the Tyndall Center) have contributed significantly in the past to the work of the IPCC, and their significant research might come under risk in the case of a Brexit. In this context, the most relevant parameter is the amount of resources that the UK is willing to make available to address research and development as well as observation of climate change and its impacts. That amount spent by the UK would have to compensate for the loss of pooled EU funding under a Brexit scenario that would not be available for scientific institutions in the UK. However, such compensation seems unlikely as those groups who push for the Brexit are not in favour of further enhancing the domestic efforts of the UK (related to Research and Development and Development on climate change issues).

Under a Brexit scenario, the impact on policy decisions, e.g. in relation to technical details of the Paris Agreement, at the international and EU level by UK stakeholders, will become less, compared to the current setting which saw significant influence of UK stakeholders in the past. However, the outcome at international level is mainly determined by the largest and most powerful countries, US and China, as well as civil society by large. It is not expected that a Brexit would have any impact on the national obligations of the EU or the UK with respect to mitigation of climate change, given that the Paris Agreement will be signed by the EU before a Brexit would become effective. A Brexit might make some difference for the IPCC as well as with respect to the research and development activities in the UK, since less resources might be available for UK-based scientific institutions. This means that a Brexit would not be coherent with the need to make every effort to address the risks of climate change and with the goal to keep loss and damage as small as possible. Additionally, A Brexit would see the most vulnerable in the world – that are more or less also the poorest – suffer more. The most significant consequence might be the need for the United Kingdom to develop national legislation, compensating for the Union legislation (such as EU-ETS) that would be rendered invalid for the UK in the case of a Brexit. Such a need would only not exist in the case that the UK would not only leave the EU but would also decide to withdraw from the Paris Agreement. Given that the Paris Agreement appears to command universal, or near universal, acceptance, such a withdrawal might put the UK in a rather isolated situation.

Costing the Earth? An Overview of Loss and Damage Climate and Energy
By Harriet Bradley

The concept of loss and damage due to the impacts of climate change first entered into the United Nations Framework Convention on Climate Change (UNFCCC) negotiating text in 2008. Eight years on, the issue still appears to be little known to people outside of a specific community of policy actors, NGOs and academics working on the issue.

EN
Read more
EN
Read more
First in the class, but not best in the Class – The EU’s Proposal for the 2015 Climate Conference in Paris Climate and Energy
By Silvia Brugger

It was not until the late 2000s that environmental migration and displacement stepped into climate change negotiations. Now that they have however, are the EU and UN doing enough to deal with this growing issue? In the run up to the Paris 2015 negotiations, Esmeralda Colombo explores the debate. 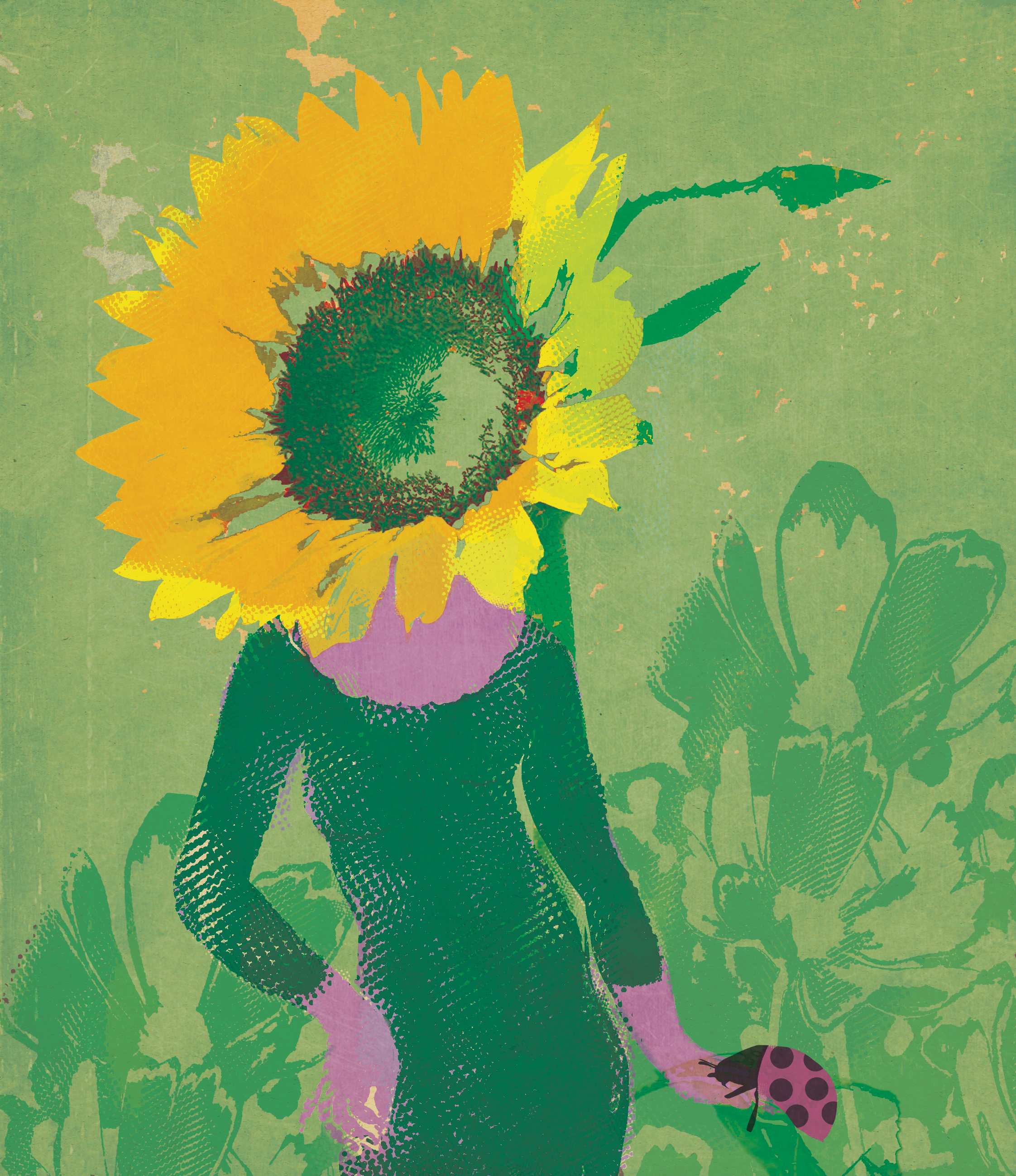