Alain Lipietz is a French economist, philosopher, and a former MEP for EELV.

A Window of Opportunity: The Challenge of Uniting the French Left
By Alain Lipietz

Greens have joined forces with left-wing parties for the upcoming French legislative elections, but have the lessons of the presidential campaign been learned?

EN
Read more
Where Next for the French Greens?
By Alain Lipietz

Green economist and philosopher Alain Lipietz explains the state of play in France and Macron's vision for Europe. Is there space for pro-European progressive forces?

ENFR
Read more
Beneath the Surface of the Crisis: A Closer Look at the state of French Greens
By Alain Lipietz

Without a doubt, the news of Jean Vincent Placé (leader of Green group in the French Senate) and other Green members’ departure from the group – during the summer 2015 after having accused others in the party Europe Ecologie Les Verts (EELV) of “shifting too far left” and demanding too much of the Socialist government – was a relief to the Greens and their supporters. But, it is far from fully cathartic, perhaps partly because losing members is always a failure.

To diagnose the malaise which political ecology suffers from in the current political system, beset by crises of both economic and cultural natures, we must first examine the position of the Greens in the political landscape, and their relation to both the Left and the Right.

The changes to agriculture in post-war France have had a devastating impact on the environment and on public health. Such changes were the product of international trade agreements and big agri-business, meaning solutions are unlikely to come from the top down. It must be local and small produces that come to the rescue.

ENFR
Read more
Fears & hopes: The end of an economic model and the Green alternative
By Alain Lipietz

The present crisis already appears to be as serious as the Great Depression of the Thirties, but what does it mean for the future of our economic system? And what is the Green alternative? 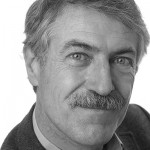