Florian Irminger has been secretary general of the Swiss Green Party since 2020. From 2008 to 2012, he was an elected member of the constituent assembly responsible for writing a new constitution for the canton of Geneva. He was formerly the Executive Director of London-based Penal Reform International, and Head of Advocacy at the Human Rights House Foundation in Geneva and Brussels. Florian founded Stop Suicide, an organisation dedicated to preventing youth suicide. (@FlorianIrminger)

Switzerland: Referendums in an Incomparable Young Democracy
By Florian Irminger

Switzerland is often hailed as a model of direct democracy. But these processes may prove difficult to replicate elsewhere for many reasons. 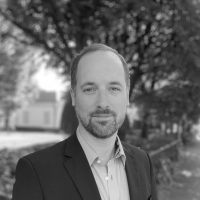