François Gemenne is a political scientist, specialised in international migration, climate policy, and environmental affairs. He lectures on these issues in various universities, including Sciences Po Paris, Université Libre de Bruxelles, and the University of Liège (Belgium). Between 2013 and 2015, he coordinated the component of the MOBGLOB research project dealing with borders. MOBGLOB is an international research project bringing together anthropologists, political scientists, geographers, and sociologists from various institutions, and focusing on modern patterns of migration from an interdisciplinary perspective.

Only a bold new universalism can counter the narrow narrative on migration set and exploited by the far right.

EN
Read more
Political Courage Can Work Miracles: The Retreat of the Left on Migration
By Claire Hugon, François Gemenne

The political Left in Europe appears to have given up on trying to put forward a positive picture of migration. 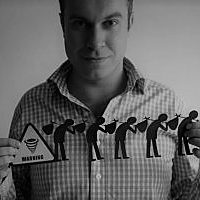