Giovanni Picker is a sociologist, Marie Skłodowska-Curie Fellow at the University of Birmingham (UK), where he is researching and lecturing on Urban Studies and Critical Race. Over the last fourteen years he has conducted research in Kosovo, Romania, Italy, the UK, and France. He is the author of Racial Cities: Governance and the Segregation of Romani People in Urban Europe [Routledge 2017], a monograph which historically and ethnographically analyses the post-World War II genesis and persistence of stigmatised and segregated ‘Gypsy urban areas’ in both Eastern and Western Europe. Giovanni is also coordinator for Central and Eastern Europe and Russia of the Summer School on Black Europe. He tweets at @GioPicker

“Stuck in ambivalence” – The Segregation of Roma in European Cities
By Giovanni Picker, Krisztian Simon

Why are Roma overrepresented among marginalised and racially segregated households across Europe? A scholar of cities and segregation gives his answer. 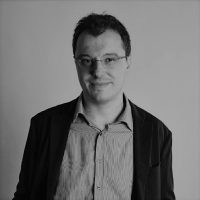