Krisztian Simon is a visiting lecturer at Eötvös Loránd University and a freelance journalist writing for English, German, and Hungarian publications. He holds a PhD from the Freie Universität in Berlin. In 2015, he was the deputy editor-in-chief of the Green European Journal.

Down but Not Out: Central Europe’s Independent Media
By Krisztian Simon

Despite the shrinking space and pressure from governments, some outlets in these countries have proved resilient.

The Hungarian government has attempted to exploit the pandemic for its own ends - at great cost to the population.

Reflections from a landmark conference at Lund University which examined the political ecology of the far right, and why progressives must be awake to this.

Human rights and neoliberalism both rose to prominence in the last decades of the 20th century, but what is the relationship between the two?

Today, the UDHR remains an important reference point and source of inspiration for activists across the globe.

The long-overdue triggering of Article 7 is one of the EU’s last shots at saving rule of law in Hungary and across Europe.

In Central and Eastern Europe, vested interests are increasingly monopolising media and information to cement control and influence over opinions.

In Viktor Orbán's self-styled illiberal democracy, power is maintained through patronage and cronyism built around public jobs and EU money.

Romania has done more than any other member state to fight corruption, but the EU keeps demanding impossible measures.

The politics of spectacle aims to distract from corruption, wealth inequality, and human rights violations in Putin's Russia.

For some, the gig economy is the new reality of work and opportunity. For others, it is a return to power relations that labour law hoped to, and perhaps still can, stamp out.

An examination of the politics behind steps to regulate online hate speech, misinformation, and data privacy in the EU.

With the autonomy of the media facing new threats, censorship is a thing of the past.

With Hungarians taking to the polls on April 8, can progressives loosen the illiberal grip of Viktor Orbán’s government?

Across Europe, complex entanglements link the Kremlin and the far right. How do these relations work and what's in it for Russia?

A round-up of the fake news debate across European countries.

Why are Roma overrepresented among marginalised and racially segregated households across Europe? A scholar of cities and segregation gives his answer.

Why is Hungary's President Viktor Orbán cracking down on projects funded by Soros?

Green parties come in different shapes and sizes. They have different attitudes, as well as differing positions, and they might end up in a wide range of political coalitions when given the opportunity to participate in government. Per Gahrton’s recent book, even if not entirely comprehensive, provides a great overview of this colourful political movement, and helps newcomers understand why Greens can stand united even in the worst of times.

EN
Read more
For a Europe that unites, rather than divides people
By Krisztian Simon, Pierre Jonckheer

The idea of a European Community, based on a promise of shared peace and prosperity, was dealt a strong blow this summer, in a way that we couldn’t have expected even months before.

There are at least 15,000 lobbyists in Brussels, and some of them know the EU institutions better than the institutions know themselves, partly because they are themselves former EU officials. 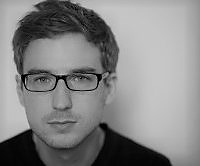