Georg Maisser is the Media Manager for the Austrian Green foundation Grüne Bildungswerkstatt and a member of the Editorial Board of the Green European Journal.

Speaking to Both Sides: Can a Green Message Resonate in Town and Country?
By Georg Maisser, Silvia Nossek

Silvia Nossek, the chairperson of one of Vienna's districts, talks about the Green approach to local politics and about countryside versus city.

DEENPL
Read more
Where do we go from here? Austrian Greens after Van der Bellen’s victory
By Georg Maisser

Alexander Van der Bellen's election as president was a boost for Austrian Greens, but many challenges lie ahead.

Victory seems to be in sight for the movement against the Transatlantic Trade and Investment Partnership (TTIP).

The recent Austrian elections show there is a lot of discontent with the governing parties and their management of the crises of recent years; in particular the migration crisis, which is an obvious boost for the far right. Nevertheless, to really understand what is happening, one has to consider not only the past and the present, but especially the future.

Although Greens in Austria have made considerable electoral breakthroughs, the recent municipal elections in Vienna showed that a considerable portion of this support is liable to abandon Greens when circumstances change and the discourse becomes more polarised. If Greens are to cement their place in the political landscape, they need to consolidate this support base and expand it in a way that is sustainable.

EN
Read more
Giving Streets, and Power, to the People
By Georg Maisser

A referendum to pedestrianise a street in Vienna, though successful, forced to Greens to examine their narrative for creating a greener city. How do they build support among those who are still suspicious of what a green transformation can offer? 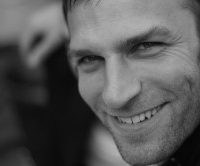