Bartlomiej Kozek is a journalist of Zielone Wiadomości (Green News), a Polish bi-montly magazine and web portal presenting current affair commentary from a green point of view. He has been a secretary general of the Polish Green Party – Zieloni 2004 and one of the authors of the party’s policy on social issues.

The End of Privacy?
By Bartlomiej Kozek, Wojciech Klicki

The Pegasus scandal shows that surveillance in Europe has reached unprecedented levels, a result of technological progress and a lack of oversight.

Faced with looming mine closures and layoffs in aviation, Poland’s regions need to rethink their industrial strategy to secure their future.

What will the coming months and years bring for the Polish political scene?

With Polish elections coming up this October, all political forces are committing to protect the climate and environment, at least on paper. What does the new prominence of ecology mean for the country's future?

The Polish local and regional elections of autumn 2018 are the first in a series that will shape the political scene of the country for years to come.

The Polish Green co-chair reflects on the local elections ahead of 2019, a year of many elections in Poland.

In local climate strategies in Poland, energy poverty and smog are key issues.

What might self-driving cars, robotisation, and the so-called 'internet of things' mean for society, and how are political forces reacting?

Four panellists discuss the perils and possibilities of today's so-called 'gig economy', and how governments can keep up.

Algorithms: supposedly neutral but in fact liable to perpetuate various forms of discrimination, including against women and people of colour. How do they exert such power, and what are the stakes?

How is Poland's ruling party managing to retain popularity despite mass protests, and how can its progressive parties learn to tap into people's emotions? An interview with sociologist Dr Elżbieta Korolczuk, chair of one of the organisations behind the demonstrations.

The fight for democracy in Poland deserves European solidarity – but it should consist of more than commissioners pointing fingers from Brussels.

Poland's increasingly polarised political discourse, an increasing state grip on the media, and how to break the pattern.

ENPL
Read more
How to Mend the European Heart?
By Bartlomiej Kozek

The question of the future of European integration became especially important after the “Leave” vote in the referendum on UK membership in the European Union. Do we need just better common institutions – or do we need a new vision, as Dutch author Dick Pels, suggests?

The events of the last couple of weeks in Poland are no peripheral abomination, and certainly no exception. They are a part of a global trend of liberal democratic models becoming weaker and weaker, a trend which can also be found in the heart of Europe.

In Poland, Right-wing parties (PiS) won the parliamentary elections on 25th October, leaving the centre-Right coalition (PO and PSL) that led the country for eight years in the opposition, and the Left out of the Parliament completely. But elections do not tell the whole story. The Polish political scene is changing. Parties of change and changes of parties animated the elections of this year. Citizens cast their complaints in the ballot box. Greens will need to draw lessons and determine their angle of attack for the future.

After the social and economic transformation in 1989 Polish cities fell into chaos and decline. Many of them suffered from closures of industrial facilities, and crime was on the rise. After the EU accession in 2004, authorities decided to take use of the stream of money coming from the Union. The problem was that it came with a cost…

Polish history is shaped today by remembering the failed attempts in regaining independence. This leaves less and less space to tell different, more nuanced stories. This explains why Poland has an ambivalent memory of the First World War. In 1914, it was part of different empires. The end of the war was also the return of its independence. Strengthening alternative narratives may be crucial in opening Poland to stories linking its inhabitants to wider, European history.

The ongoing Climate Summit in Warsaw has been relegated to the sidelines by the Polish media – the social and political debate in Poland definitely doesn’t tend to question a coal, shale gas and nuclear future for the country.

Angela Merkel fell just a few MP’s short of getting an absolute majority in the German Bundestag. The ironic title of “the Queen of Europe” doesn’t sound too ironic after these elections.

While Poland presents itself to the outside world as a country untouched by the economic crisis, the reality is far different for an entire generation of Polish people. Rather than face up to the structural difficulties in the job market, the Government ignores the problem and remains committed to the doctrines of the neoliberal model. 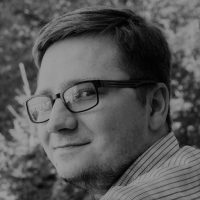