You are here: Home › Authors › Per Gahrton

Per Gahrton is a founding member of the Swedish Green Party, and served as an MP and MEP for the Party. He was President of the Swedish think tank Cogito from 2005 to 2014, and has published over 30 books on topics such as foreign policy, Green ideology and the EU.

Greens are now in government in Sweden for the first time in the party’s 33-year-long history, yet the electoral result was regarded as disappointing. In light of the rise of xenophobic populists and a difficult political climate, it remains to be seen how Greens will fare in the new coalition.

The polarised results of the European elections seem to indicate that new kinds of parties are replacing the traditional parties. This phenomenon was visible in Sweden, but also in many other countries across Europe.

ENFR
Read more
What is Green solidarity?
By Per Gahrton

Reflecting on contemporary and historical debates on the concept of ‘solidarity’ in Sweden, Per Gahrton finds conflicting views on what many take to be a simple concept.

The crisis of the Eurozone has given new arguments for a radically more federal Europe. But what does it concretely mean from a Green European point of view? An interview with Monica Frassoni, co-chair of the European Green Party and Per Garthon, former Swedish MEP.

ENFI
Read more
Is the Fiscal Compact Just a Waiting Room for Euro Members-To-Be?
By Per Gahrton

Whatever line the Green Party takes, all eyes should be on the French Greens, whose rejection of the Fiscal Treaty demonstrates that you can maintain your independence even while in government.

EN
Read more
Sweden: Greens Are Not the Twins of the Old Left
By Per Gahrton

The debate on what distinguishes the Green movement from the left has reignited in Sweden. 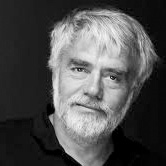