Tom Vasseur studied political science at VU University Amsterdam and at KU Leuven. He has been active with the Young European Federalists – Netherlands (JEF-NL) since 2014 and is currently a national board member. He is also a freelance writer on European politics whose work can be found in Bureau de Helling, Joop and the New Federalist.

The Curious Collapse of the Forum for Democracy
By Tom Vasseur

How the paranoid political style triggered the implosion of what was a rising force on the Dutch radical right.

An interview on transnational democracy, identity, and why European politics can no longer pursue business as usual.

A striking yet underreported feature of the recent Dutch elections was the downfall of the labour party. What led to this? What does it mean for Greens?

EN
Read more
The Dutch General Elections: The Calm Before the Storm?
By Tom Vasseur

Do the Dutch elections represent a return to political ‘normalcy’ or is it a façade, and is it about to crumble or it is masking deeper changes?

Tom Vasseur dissects the strategies and methods of the increasingly popular radical right, and suggests the means to an effective Green counterstrategy.

EN
Read more
The Dutch No: The Failure of Eurominimalism?
By Tom Vasseur

In the aftermath of the Dutch EU-Ukraine Association Agreement referendum, doubts remain on why voters chose to vote as they did.What explains the result, what solutions are likely and what is the way ahead?

EN
Read more
The Dutch-Ukraine Referendum: Between Apathy and Antipathy
By Tom Vasseur

The Dutch referendum on the EU-Ukraine Association Agreement is a matter of days away. Despite the best efforts of campaigners, the electorate has remained largely apathetic. Now we ask: why is a referendum being organised on a topic which apparently does not interest voters; and further to this, what will its outcome mean for Europe? 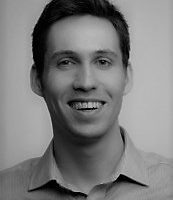