Roberto Della Seta is an Italian journalist and historian. A long-term ecologist, he was president of Legambiente, a leading Italian environmental NGO, from 2003 until 2007 and a member of parliament from 2008 until 2013.

Neither Brexit nor Populism: the Italian Referendum was a Personal Defeat for Matteo Renzi
By Monica Frassoni, Roberto Della Seta

What was the Italian referendum on constitutional reforms really about?

The state of the French Greens, Europe Écologie Les Verts, is in disarray, and the paradoxical gap between a shrinking Green electorate and ecologically conscious citizens and movements grows. However, the grass is always greener on the other side, especially in the case of Italy, where Green prospects in comparison are bleak. A book review of “Manifeste des écologistes atterrés”.

Alexander Langer was a political Green pioneer, both in Italy, where he founded the national list of the Greens, as well as at the European level, where he became president of the Greens-EFA group in the European Parliament. In his thinking he radically challenged not only the myth of unlimited economic growth – but also to the notions of ​​progress and thinking in terms of left and right politics. 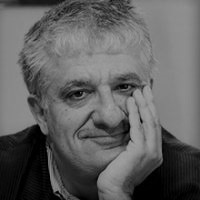