Michael Kellner is Secretary General of Alliance 90/The Greens since October 2013. He studied Political Science in Potsdam (GER), Canterbury (UK) and East Lansing (USA). From 2004 to 2009, Kellner was head of office of the former party leader Claudia Roth and a member of the election campaign staff for the parliamentary elections in 2005 and 2009. He then worked (up to his election as SecGen) for Frithjof Schmidt. From 2011 to 2013, he was spokesman for the Federal Working Group on Peace and International Politics. 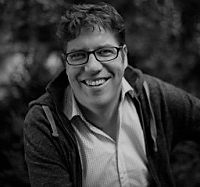