Isabel Castro is a former member of the Portuguese Parliament and is an activist for the Initiative For A Citizen Audit the Debt.

Poverty and the ecological crisis are different symptoms of the same crisis Europe and the world are experiencing. Only a responsible commitment based on social justice, eco-development and sustainability can assure a safe common future. The case of Portugal illustrates the challenges faced worldwide.

In Portugal, emigration worsens the problems caused by austerity. A recent study documents its dramatic consequences on the demography of the country. As a result of the current trend, the Portuguese population, currently estimated at 10.4 million people, could decrease to 7 million by 2061.

The failed austerity strategy imposed by the Troika is coming under increasing criticism, sometimes from unexpected corners. The time has come for a renegotiation of the debt incurred by the Portuguese State. 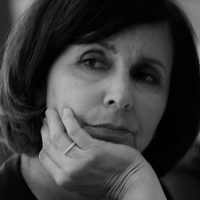