Kostas Loukeris has studied Education Sciences, History and Political Science. He works as an Elementary School Principal in Athens. He has lived, studied and/or worked in the Netherlands, the United States of America and Ethiopia. He has been a member of the Ecologists Greens of Greece since 2008 and has served as President of the Green Institute, Greece.

EN
Read more
Greece: Austerity is Over, Fasten your Seat-belts
By Kostas Loukeris

By electing a new radical left government determined to oppose the corruption, clientelism and tax-evasion, the Greek people have opted to exit the vicious circle of austerity that has left the country with no prospect for recovery. However, it is not only Greece at the crossroads but Europe as a whole. The new Greek paradigm is not written in stone and it is therefore inviting all those who are interested in the political future of the European Union.

What is at stake in the upcoming national elections in Greece? Can Syriza surge to power? And what role do the Greens play in this constantly shifting political environment? However many questions there are, one thing is certain: these elections are different to any other held in recent decades. The results could change Europe permanently…

If “you are what you eat” than what happens when you don’t eat? In Greece, the economic crisis is forcing a rethink of people’s relationship with food, and the consequences are positive.

The situation on the ground in Greece continues to worsen, with each bailout ending in failure and increased poverty. Not only do such conditions act as fertile ground for the far-right, but the failure of leadership from the EU also call into question the very future of Europe.

EN
Read more
Greek Elections 2012: the Unfulfilled Green Expectations and the Way Ahead
By Kostas Loukeris

With a rerun of Greek elections taking place this weekend, what are the prospects that the political upheaval in the country will present an opening for the Greens? 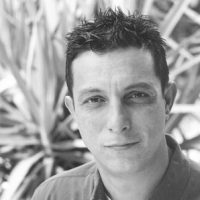