Özgecan Kara is a contributor and editor at the Turkish ecological magazine Yezil Gazete and a member of the Young Greens of Turkey.

For Turkish citizens, entering and traveling within the EU can be a frustrating struggle, with many bureaucratic hurdles to overcome. Although this state of affairs seems a great injustice, the prospect of easier access for Turks to countries within Schengen seems fraught with difficulties – both linked to Turkey’s turbulent domestic politics as well as the increasingly uncertain state of the EU’s internal borders.

EN
Read more
Turkey: A concrete jungle where the truth is made up
By Özgecan Kara

With bans on social media and recent arrests of journalists, press freedom seems to be under more pressure than ever in Turkey. The recent case of Frederike Geerdnik illustrates the precarious situation of those working in the media.

The Kurds have conducted a remarkable democratic experiment in the north of Syria: Their “Canton-based Democratic Autonomy” is a pursuit of freedom, justice, dignity and democracy led by principles of equality and environmental sustainability. Nevertheless, protecting this area with weapons and the blood of martyrs shouldn’t be applauded. 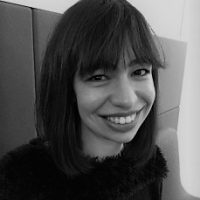