Derek Wall is the International Coordinator of the Green Party of England & Wales. Formerly the party’s Principal Speaker, he is an academic, ecosocialist, and a writer.

It’s election time in an unstable Turkey. The people in Turkey go to the polls on 1st November despite a series of violent attacks targeting the HDP. How can free and fair elections be expected to take place in a political climate where parties cannot campaign without fearing for their safety?

Paul Mason, economics correspondent for the UK’s Channel Four news, argues in his new book Post-Capitalism that capitalism is failing and will be replaced by a new system. Everyone should read this provocative and inspiring account of how, if we want to, we can transform our present economy to one based on sharing, democracy and participation.

EN
Read more
On Klein’s ‘This Changes Everything’: the need for serious thought on capitalism and climate
By Derek Wall

While an excellent book, we need to look further than simply saying ‘social movements are the only answer’ if we are to develop effective movements that create change. The need for social movement mobilisation too easily becomes a slogan rather than a nuanced solution. We can both praise and look deeper than Klein’s ‘This Changes Everything’. 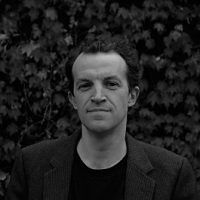