Silvia Nossek was born in the rural village of Schönborn. She studied Mathematics and History in Vienna, where she started her political work with the Austrian Green Party in the district of Währing. From 2009 until 2012, she was spokesperson of the Green Party in Vienna. In 2015, she led the Green Party to victory in the communal elections and subsequently became district chairperson.

Speaking to Both Sides: Can a Green Message Resonate in Town and Country?
By Georg Maisser, Silvia Nossek

Silvia Nossek, the chairperson of one of Vienna's districts, talks about the Green approach to local politics and about countryside versus city. 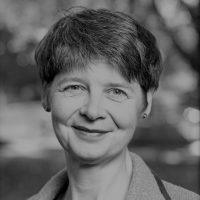