For Maria Vassilakou, Green vice mayor of Vienna, it looked like a perfect idea: at the of 2013 the Austrian Greens scored more than 20% in regional elections in Salzburg due to their role in uncovering a couple of corruption and financial scandals. It was assumed this wave of success could be continued to the general election in autumn 2013 by realising a long overdue popular project: the most important and always congested shopping street of the capital should become a pedestrian area.

The planning was exhaustive and inclusive; it took more than two years. All interests had to be heard in advance to make this project an example of green communal competence. With the intention to offend nobody and to please as many as possible it was decided to have a combination between shared space and pedestrian zone.

Before starting any road works there would be a test run to evaluate and adjust if necessary. After a few months the population of the two adjacent districts should decide for or against the project in a referendum.

“Chaos days on Mariahilferstrasse: 200 feared dead” was the headline of dietagespresse.at, an Austrian satirical website in the tradition of theonion.com. This grasped public opinion perfectly. The refusal of the bus drivers to use the red lane they themselves had claimed only days before was just one example of the collective hysteria. Only after a second bus driver (as a potential witness in the case of an accident) accompanied every bus crossing the few meters in the pedestrian zone, could traffic be continued. The fact that in Austria there are plenty examples of buses, tramways and bicycles circulating in pedestrian zones and that there was not a single incident in Mariahilferstraße from August 2013 to the referendum in the end of February 2014 couldn’t change the public perception of the potential danger.

Some tried to calm the adversaries by claiming that it was only a street they were fighting for. But those people didn’t grasp what this clash was really about.

It never was just about a street, it always was about our lives. For the proponents of the pedestrian zone it should be another important milestone on the way to a more liveable city, to a radical limitation of cars and a recapture of the streets by pedestrians, cyclists and last but not least by the children.

The ongoing urban transformation provides us with inspiring images from the New York Broadway to the banks of the Seine River in Paris to the dismantled urban highway in Seoul. Mariahilferstraße should be part of this global revolution.

The opponents know what we are going for, that we are about to take away their city from them. It’s the city they have come to peace with, a necessary burden on the way to their lifelong dream of a house in the countryside, a place of work. For them, leisure, joy and aspiration are elsewhere, always just one car ride away.

For us Greens it is hard to understand how there could even be a honest opposition: of course we want – and everybody should want – pedestrian zones, more trees, more public space, playgrounds and much, much less cars in the city.

But we forget that we have come only halfway from being avant-garde to the centre of the society.

When we actually find ourselves in a position of power we are confronted with all the other people out there: those we never meet and we totally forgot in our small green microcosm:

Those who never think about the scarcity of resources, climate change or a liveable city, or those who just choose to have different priorities. Those who are afraid of pedestrian zones and benches in public spaces because they see an anti-social menace in the people who use them.

The good news for the Greens: this is a generation gap. Car owners younger than forty are as clearly for the pedestrian zone as older people are against it, even if they don’t own a car.

But even if there is hope that eventually young people will create their own green city, it will be a bumpy ride, especially for the Greens. Our self-perception as a democratic grassroots movement was unperturbed as long as we were only the outspoken minority against the rulers. But it conflicts necessarily with our claim of being the driving force of the green transformation, because there we can’t wait to act until finally the majority has come around.

For the Viennese Greens this contradiction created confusion and doubts, but they were eventually overcome by activism. Nearly every citizen in the two districts was visited to explain the project, an unmatched sum of money was invested and… it was worth it in the end. 53% were in favour of the pedestrian zone.

But the narrow margin and the force of the resistance against the project have to be a wakeup call for the Greens: 12% was a respectable outcome for an opposition party in the last general election but for a governing party such a result would be a catastrophe. The green transformation needs a narrative able to summon and convince majorities and thus they can’t preach abstinence of joy, of cars, of pleasure, but they have to be narratives of gain and of abundance. An abundance of quality of life. And of a good life for all.

Decision Making: Living in Sympathy with Our Human Environment Politics
By Peter Emerson 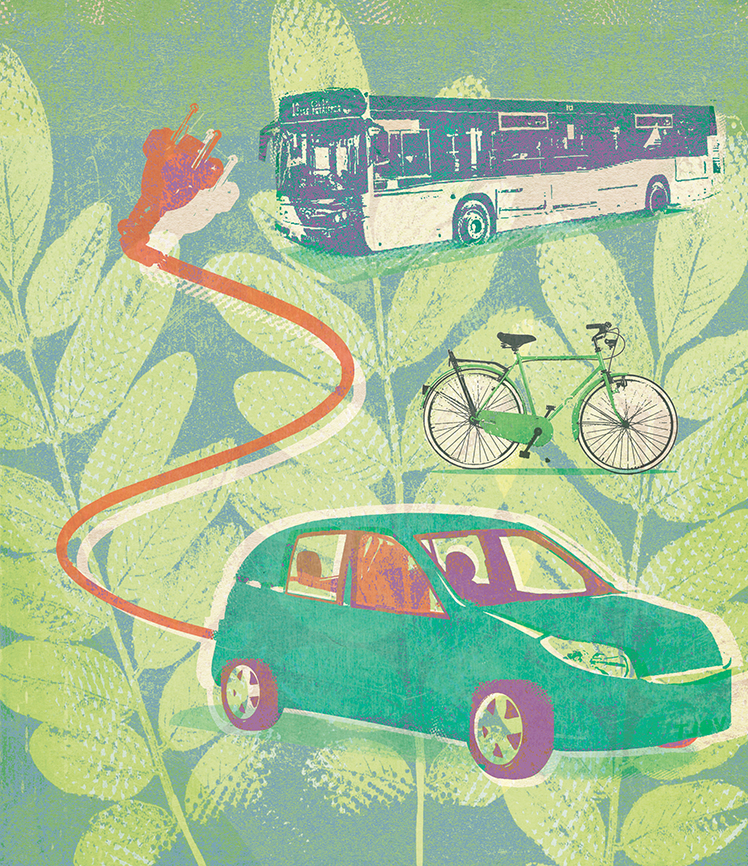