Natalie Bennett is a Green member of the House of Lords in the UK. She was the leader of the Green Party of England and Wales from 2012 to 2016. Previously she spent 20 years working as a journalist, including on the Bangkok Post, The Times, and as editor of the Guardian Weekly.

To Repair its Geopolitics, the West Needs a New Model of Statehood
By Natalie Bennett

Natalie Bennett looks at the dark history of the Cold War to argue that it is time for a real rules-based democratic order.

Greens have made significant breakthroughs at the local level. Where has this success come from and where might it lead?

EN
Read more
A State of Disrepair: Democracy in the United Kingdom
By Natalie Bennett

The government has exploited cultural issues to the detriment of democratic rights and norms, putting already vulnerable groups further at risk.

Abusive regimes are responsible for their own behaviour. But other states are also responsible if they stand by and fail to speak out.

In the UK, women spearheaded early campaigns for a basic income. Natalie Bennett explains why the feminist case for a UBI remains strong today.

From the War on Drugs to health, are changes in attitudes to drugs being reflected in policies around Europe?

A round-up of the fake news debate across European countries.

A debate between Natalie Bennett, leader of the Green Party of England and Wales, and Reinhard Bütikofer, MEP and co-chair of the European Green Party.

Austerity in Britain has a face. That face is female. That face is a mother of a dependent child. A mother with a job – although a job she may well lose in the next couple of years through no fault of her own. A very poor paying, part-time job, renting at high cost in the private sector, in a home that’s poorly insulated and expensive to heat. 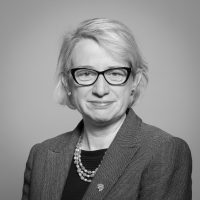