Europe’s Foreign Policy: A Catalogue of Errors
By Reinhard Bütikofer

In a volatile world, the EU needs to restore its damaged credibility on foreign relations and find ways to assert its power.

Biden’s victory is a vindicating one for many, not least for grassroots movements. Despite the rhetoric of reconciliation, Trumpism is here to stay.

An interview with Co-chair of the European Green Party Reinhard Bütikofer on the new European Defence Fund and the state of security in the EU.

The European Union is far from perfect – from a Green perspective – yet at times when it is threatened, we must rally to its defence as an idea and as a project.

BGENPLPT
Read more
Hope and ‘Heimat’: Do Greens Have a Vision That Can Work?
By Catherine Larrère, Michel Genet, Reinhard Bütikofer

Green Parties in Europe have undergone astonishing growth and development over the past decades, but has the time now come to ask ‘Quo vadis’? An interview with Reinhard Bütikofer and Catherine Larrère by Michel Genet.

Myths endure because they create an outstanding surface upon which a range of ideas can be projected. The idea of a European army is no different. It has long been a repository for a wide array of concepts and goals for a flamboyant vision. Yet anyone who tries to grasp this pretty soap bubble ends up disappointed: It slips away or bursts.

Beset by the crises occurring internally and in its immediate neighbourhood, the EU has neglected its relations with South East Asia. This is a major shortcoming, since that region is becoming the epicentre of global relations and will play an increasingly important role for international security.

If we want to put finance on a leash with smart regulation, Greens must take the wind out of their opponent’s sails by having policies that simultaneously unleash finance and restore lending into the real economy and, above all, into a green industrial transformation.

A debate between Natalie Bennett, leader of the Green Party of England and Wales, and Reinhard Bütikofer, MEP and co-chair of the European Green Party.

Can Europe’s economy remain competitive without a low-carbon transformation? The answer is a clear ‘no’. How then can we achieve such a reality? Only through a clear change in Europe’s budget priorities and a range of innovative measures.

ENESPL
Read more
Step up to the Plate
By Reinhard Bütikofer

Following President Obama’s State of the Union, negotiations will shortly commence on the will be known as the Transatlantic Trade and Investment Partnership (TTIP) between the EU and US. Some claim such a deal will create 2 million jobs, but reaching agreement will be difficult and to succeed the EU needs to identify what its priorities are.

In the 2009 European Parliament elections, the Green Group of MEPs won 13 more seats to become the 4th largest group. However when the European Parliament faces elections again in 2014, the political environmental will be vastly different. How to the Greens repeat their success of 2009 in such a situation? The Green European Journal talks to European Green Party Co-Chair Reinhard Bütikofer about his plans. 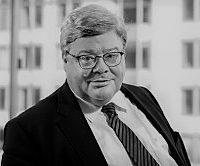