Edouard Gaudot is a historian and political scientist. He has worked at the College of Europe in Warsaw and in the European Parliament. His most recent publications include Dessine-moi un avenir (Actes Sud, 2020) and Les 7 piliers de la cité (Plon, 2022).

Is Bulgaria Stuck in a Cycle of Political Turmoil?
By Edouard Gaudot, Maria Mateeva Kazakova

Bulgarians have gone to the polls four times in the last two years amid a wider context of political instability. Why?

Solidarity with the Ukrainian people in the face of foreign invasion must guide the response.

EN
Read more
Double or Quits: Looking Ahead to the French and Hungarian Elections
By Edouard Gaudot

The outcomes of crucial elections this year are set to have ramifications going well beyond national borders.

ENFR
Read more
Greens in France Must Build a Narrative For the Past, Present, and Future
By David Cormand, Edouard Gaudot, Sébastien Repaire

Green MEP David Cormand explains how the Greens can challenge the neoliberal and far-right duopoly in the French presidential elections of 2022.

The European Parliament bears the responsibility for nurturing the development of a truly trans-European citizenry.

Short-term fixes in times of crisis are no longer enough if the Eurozone is the key to an ever closer union.

Are the charges of being undemocratic that are consistently levelled at the European Union justified?

ENFR
Read more
The Conference on the Future of Europe: Sparking Hope for EU Democracy?
By Edouard Gaudot

The Conference on the Future of Europe can kickstart the constitutional development of the EU if citizens are heard.

School has fulfilled its mission by giving us tools to find knowledge but it hasn’t been able to prepare us for the challenge of the 21st century.

A selection mapping some of the major currents that have shaped political ecology in recent years and which continue to do so.

Under the leadership of foreign policy chief Sofia Belver-Tamarashvili, the European Republic becomes a global force for social and environmental justice.

ENFRPTSR
Read more
A narrative to combat, and eliminate, the terrorist threat
By Edouard Gaudot

Terrorism cannot just be policed away. Preventing attacks requires a sustained social project to build a resilient and inclusive society.

Reflections on Europe joining the dots of migration, populism, and democracy in the light of Ivan Krastev's latest book.

Cities could become a welcoming and protective hub for refugees in Europe - but not without financial support to stimulate their economy and create jobs. An interview with Gesine Schwan.

Brussels can teach us a lot about city politics and urban planning. Today, citizen movements and progressive forces, including Green parties, are changing the city.

Since the outset, the ‘Franco-German engine’ has been the driving force in the European construction process.

The approach of European states to the surrounding waters has so far been inscribed in a logic of colonisation and conquering new territories in the name of national interest.

ENFRPL
Read more
Just How Much Will it Take to Save Europe?
By Benjamin Joyeux, Edouard Gaudot

European Commission President Jean-Claude Juncker’s investment plan to kickstart the European economy proposes solutions based on the outdated assumption that growth in terms of construction of large infrastructure projects is the way forward. A more imaginative approach would be to look beyond this, and to put welfare and sustainability at the core of an ambitious long-term plan, which could make Europe’s economic future seem much more bright.

Greens are impatient people. The sentiment of urgency has been fuelling their calls for radical change over the past four decades.

In a context of an economic crisis and with public finances under stress, the on-going round of negotiations over the next EU Budget and the European legislation for the regulation of the financial industry have taken the British debate on Europe to a new level.

EN
Read more
Delivering hope – is there a green answer to the challenges raised by the rise of the Front National?
By Edouard Gaudot

The success of the far-right candidate Marine Le Pen in the first round of the French Presidential election, and the success of similar nationalistic parties in other European countries, has left many wondering how the greens and progressive forces should respond to this perceived threat to European values. Edouard Gaudot suggests that the answer lies in offering hope to those who feel rejected by the political and economic system.

EN
Read more
Is There a Green Answer to the Front National?
By Edouard Gaudot

The success of the far-right candidate Marine Le Pen in the first round of the French Presidential election, and the success of similar nationalistic parties in other European countries, has left many wondering how the greens and progressive forces should respond to this perceived threat to European values. 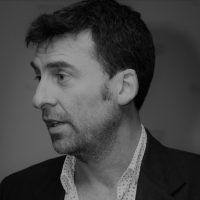