Anna Cavazzini is a Member of the European Parliament for the Greens/EFA. Previously, she advised MEP Ska Keller on trade and development, worked for the German foreign ministry, the United Nations, and development NGOs.

Fighting for Just and Sustainable Trade
By Anna Cavazzini

Can global trade be reformed to be the vector for technology and progress proclaimed by its supporters whilst avoiding the social and ecological damage denounced by its critics?

ENGE
Read more
FREEDOM AND TOLERANCE ARE THE ANSWERS, RATHER THAN SECURITY
By Anna Cavazzini, Marie Toussaint, Marina Barbalata

In the wake of the terrorist attacks in Paris, the French and European responses have focused on security and how to reinforce it. At the same time, far-right movements are making gains across Europe, attacks on mosques have increased and a distorted secularist discourse is leading to further marginalisation of religious groups.

DEEN
Read more
The New German Government: No Change of Course Towards Europe
By Anna Cavazzini

The German coalition agreement contains many empty phrases and few concrete suggestions. There is absolutely no sign of a European idea, let alone vision.

The German Green’s manifesto tries to strike a difficult balance between a clear commitment to Europe and a vision of another, greener Europe. In doing so, it makes it very clear that with Greens in government European politics would be different.

While Germany phases out its atomic energy production and the expansion of nuclear power in Europe is mostly slowed down or even put to a halt, the Indian government plans to increase the country´s nuclear power production capacity by a factor of 100. 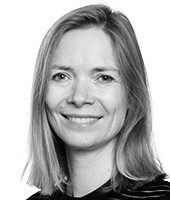