Finance and Economy
By Anna Cavazzini
All info
EN

At a time when supertankers are cruising the oceans filled with oil that cannot be sold and the COVID-19 crisis has led to concerns over food supplies, it is clear that the global trade regime needs reform. But what is the Green perspective on trade? From a status quo that relies on environmental degradation and labour exploitation, can global trade be reformed to be the vector for technology and progress proclaimed by its supporters whilst avoiding the social and ecological damage denounced by its critics? Earlier this year, we sat down with Green MEP Anna Cavazzini to discuss the prospects for a new approach to Europe’s trade.

Green European Journal: In April 2019, the Greens/EFA presented 10 priority measures to save the climate. One of them was to make all EU trade deals compatible with the Paris Agreement through mandatory provisions for global solidarity and climate justice. How can that be achieved?

Anna Cavazzini: Most current trade deals increase CO2 emissions because of the production and transport of the goods traded. The goal of the Greens is to anchor climate goals in future trade agreements. Compliance with the Paris Agreement, the Sustainable Development Goals, an ambitious environmental and climate provisions need to be a mandatory, strictly enforced requirement across all chapters of existing and new trade agreements and enshrined in a climate law protecting climate action. So far, the Paris Agreement is only mentioned in non-binding “trade and sustainable development chapters”.

Trade agreements should contribute to strengthening clean supply chains, for example, by treating products differently according to their carbon footprint and production processes.

I see two priorities in the effort to make trade agreements climate proof. The first is fighting the EU-Mercosur agreement because, as it stands, it is going in the wrong direction. The second is the push for European due diligence legislation. This legislation would require companies to make sure their supply chains are free from human rights violations and environmental degradation. It would be supported by mechanisms that allow legislators to hold companies to account and guarantee that imported produce is not related to abuses such as child labour or deforestation.

How do patents affect trade?

Europe has strong patent regulations and the current trade deals often further strengthen them through provisions on intellectual property rights. Many developing countries would like international investors to move more of the supply chain into their countries and increase the amount of production carried out by local companies. But in the current setting, it is impossible, at least in a climate-friendly way. Giving developing countries the chance to advance their renewables industries could reverse this trend, and it would allow us to organise trade better in order to achieve the much needed global energy transformation.

Should we be aiming to decrease the overall amount of trade?

It depends on the product. For example, cheap milk powder produced in the EU shouldn’t be exported to African countries where it will hurt the local dairy sectors. The same applies to a prospective trade agreement with New Zealand: New Zealand is a large dairy producer but the EU already has a surplus of milk. So, we certainly need less trade for some products. Trade in fossil fuel products, such as liquefied natural gas, and products linked to deforestation, such as palm oil, should be banned outright. But trade in renewable tech or advanced machinery still makes sense. The Greens are often perceived as being against trade but that is not the case. Trade in the right products and organised in the right way can be positive.

Which actors are responsible for trade, and therefore the greening of trade, in Europe?

The main actor is the European Commission and its Directorate-General for Trade, which needs to reform the way it negotiates and tailors trade deals. The Council gives the mandate to make trade deals, but often they are not very specific on the details. So, in the end, the Commission has plenty of leeway in negotiating the deals, while the European Parliament cannot change a thing. MEPs can write some political declarations and put pressure on the Commission at hearings, but, when the text arrives in the Parliament, we can only say yes or no.

The Commission needs to come up with a new proposal on how to better integrate climate into trade deals. For now, the emphasis still seems to be on existing trade and sustainability chapters, which currently have a weak effect on climate. There is increasing appetite in the Parliament for climate-friendly reforms; many political groups are noticing that there are serious problems that need to be addressed. The European Parliament resolution ahead of COP25 had some problematic parts on nuclear energy but the part on trade was very positive. It stated that trade agreements should have binding Paris obligations and that they should not lead to higher CO2 emissions.

How do you see the prospects of this European Commission with respect to trade?

Ursula von der Leyen has made an interesting proposal for a carbon border tax. This instrument could help integrate climate in trade policy. Currently, the push is for high production standards in Europe so as to drastically reduce emissions but, at the same time, the EU allows and even encourages cheaper imports produced to lower standards, undermining progress at home and abroad. Imported emissions are a huge part of the EU’s carbon footprint, and a socially just carbon border tax could help address this major problem. Crucially, that depends on reforming the EU’s Emissions Trading System to set a higher carbon price in the EU. Compatibility with the World Trade Organization will be a challenge but it won’t make it impossible.

Trade is one of the great missed opportunities of the Commission’s plan for a European Green Deal.

A carbon border tax cannot be the only instrument because, if introduced without a real transformation of the European economy and a wider conversation about trade agreements, it will just be protection for European industry. The carbon border tax only works with reformed emissions trading in Europe that includes all industries and caps the amount of certificates available.

What could the European Green Deal mean for the EU’s trade regime?

Trade is one of the great missed opportunities of the Commission’s plan for a European Green Deal. The language on trade was weakened in the days before the publication, which indicates an internal fight within the Commission on this topic. The Green Deal can be an incredible opportunity but it needs to include fundamental reforms of both agricultural and trade policy. These closely linked areas are mostly missing from the European Green Deal.

Besides fossil fuels, a high proportion of goods traded – cars, phones, diamonds, construction materials, textiles – have large environmental footprints. How can these impacts be reduced?

Trade agreements should always strengthen clean supply chains, for example by treating products differently according to their carbon footprint and production processes. However, not everything can be solved with trade agreements and other tools are available to transform supply chains. Since the last term, Members of the European Parliament have been pushing for due diligence legislation to force businesses to make their supply chains transparent and make them accountable for social and environmental crimes committed along the way. Due diligence legislation might be proposed during the German Presidency in the second half of 2020.

Will technological advances lead to the relocalisation of trade?

The concept of the circular economy and the question of transforming our economic system speak to a wish to relocalise. New concepts and new ideas might see efforts to create local supply chains but, to be honest, we will never have the same localised economy as hundreds of years ago.

Do EU efforts to reform trade risk it losing its competitive advantage in an environment in which others may opt for cheaper and dirtier means?

The EU should not be too shy because it is still the biggest single market in the world. The standards the EU sets on trade policy will have an effect on other countries, and so we should not let the likes of Donald Trump blackmail us. But it is important to remember that defending the status quo will not work. Countries such as South Africa or India are also interested in a different trade policy and could be allies in a push back against harmful trends. New Zealand has launched a new initiative with Costa Rica, Fiji, Iceland, and Norway: the Agreement on Climate Change, Trade and Sustainability. Europe would not be alone in the pursuit of sustainable trade policies.

Greens have to provide a critique of globalisation that also comes with a positive vision for how to change it. A different kind of trade policy would be an important part of that.

How do you see the global debate on trade?

Trump won in part because people are not satisfied with globalisation. Right-wing parties do not only talk about refugees but present globalisation as a threat to our way of life. And our liberal systems do not perform as they should: huge companies can avoid paying taxes, and banks are rescued using taxpayers’ money. People are clearly upset. In this context, the Greens have to provide a critique of globalisation that also comes with a positive vision for how to change it. A different kind of trade policy would be an important part of that.

Do German economic interests make it harder to push for a more sustainable and just trade agenda?

Germany has a strongly export-driven economy and that determines its stance on trade agreements. Countries such as France, Luxembourg or Finland, for example, were critical of the EU-Mercosur agreement, whereas the German government was trying to push through the text because it will benefit their economy in particular. The agreement was criticised by the Greens for being negotiated without the participation of civil society and legislative power, in particular in the Mercosur countries. In its current form, it may also undermine European efforts to regulate GMOs, lead to deforestation, environmental destruction, violence against indigenous groups in the Mercosur countries, and a lowering of production standards and loss of industrial jobs.

The importance of car exports for the German economy also allows Trump to threaten us with tariffs. For this reason, the Greens advocate a more balanced economy less reliant on exports and that does not rely on low wages in Germany to make their products cheaper for other countries. Fighting for better wages is part of this project.

Published with the support of the Heinrich-Böll-Stiftung European Union.

It is time for Europe to fulfil its desired role as a standard-bearer in environmental, social and gender-based protection.

Secretive changes to the London Court of International Arbitration will make the current EU-US Trade Deal even more damaging for democracy. This makes it even more urgent that citizens in the UK and across Europe oppose such a worrying trade deal and the Investor-State Dispute Settlement that goes with it. This trade deal will turn Europe into a real-life game of Monopoly – where the rich can snap up anything they want. 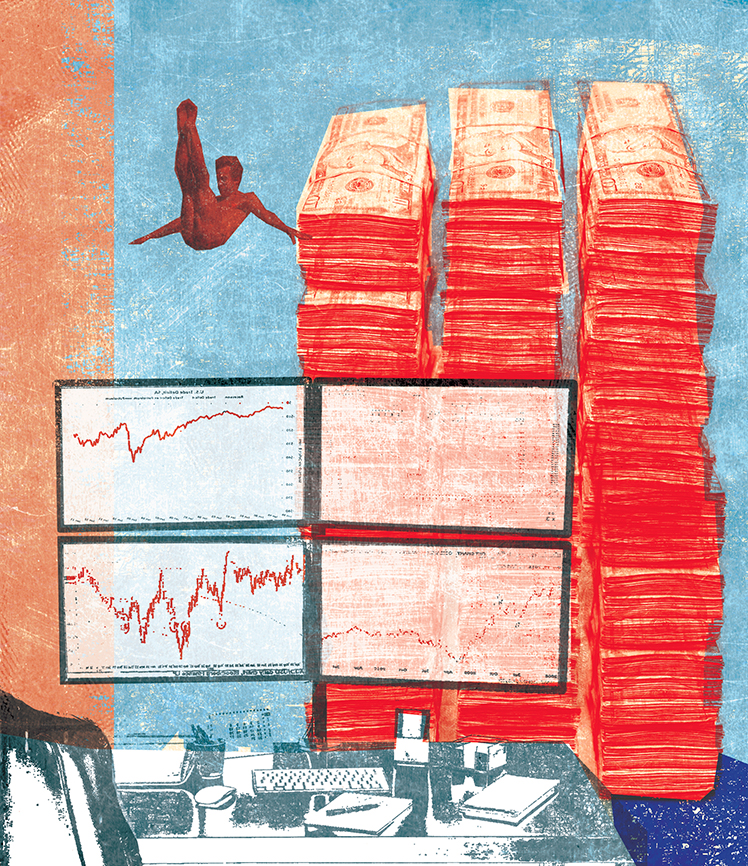