Giuseppe Allegri, Ph.D. in State Theory and Comparative Political Institutions, is a freelance and independent cultural organiser and researcher, consultant and teacher in European and comparative law, political institutions and political and social sciences. His books are: Reddito di base nell’era digitale. Libertà solidarietà condivisione (forthcoming), La transizione alla Quinta Repubblica; La furia dei cervelli and Il quinto stato (with Roberto Ciccarelli); Sogno Europeo o incubo? and Libertà e lavoro dopo il Jobs Act (with Giuseppe Bronzini). He writes in newspapers and magazines, as il manifesto, Left, Europa in movimento and he is an editor of OperaViva Magazine. He is a founding member of Basic Income Network – Italia, he collaborates with Sapienza, University of Rome, RUFA Space and in the Commonfare project, sponsored by the Horizon 2020 PieNews Project. 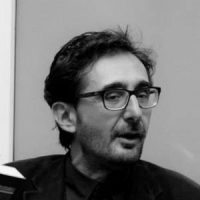