Lucile Schmid is vice-president of La Fabrique écologique, a think tank specialised on green issues. She was co-president of the Green European foundation (2015-2017). In 2017, she co-founded a literary prize aiming at making green inspiration emerge in French literature. She has been actively writing and editing in Esprit revue for 20 years and has been a candidate and elected representative in France for the Socialist Party and the Greens. She was candidate for the 2019 European elections on a green list (Urgence écologie).

Will Ecology Expand the EU’s Horizons?
By Lucile Schmid

With the US flip-flopping on its commitments and China disregarding democratic principles, the EU should seize the leadership opportunity.

ENFR
Read more
Another State Is Possible: Greening the Levers of Power
By Lucile Schmid

Modern states were not built to protect the environment but today are essential institutions for building a sustainable future.

Insights from research on animality illuminate the relationship between literature and ecology.

With France's presidential election just months away - what role is there for political ecology to play?

What can we take away from COP22 in light of Trump's victory & what are the next steps? An interview with Lucile Schmid and Bas Eickhout.

Are political parties still capable of integrating the long term into their strategic reflections? 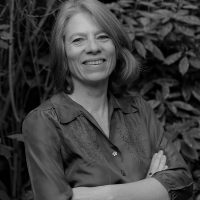