Andrea PETŐ is Professor at the Department of Gender Studies at Central European University in Budapest, Hungary, a Doctor of Science of Hungarian Academy of Sciences, working on 20th century European social history and gender. She has written four monographs and edited thirty-one volumes; her works have appeared in 17 different languages. She serves as an associate editor for the European Journal of Women’s Studies. 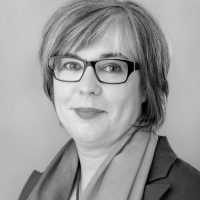